You Are Here: Auditory Cognition 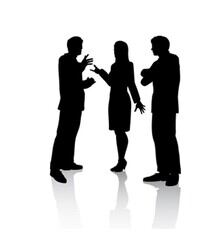 Auditory cognition investigates the influence of sounds or different noise sources on cognitive work processes. A distinction is made between relevant and irrelevant sound.

In our studies, we examine how certain cognitive processes, functions, and performances depend on the fact that the information to be cognitively processed is heard, and how it is heard. For example, in cognitive psychology studies on text comprehension and text recall, we present spoken conversations as plausible as possible, e.g. by using binaural sounds which inherent the spatial localization of the speakers and the acoustic properties of the room. Our investigations of the associated psychological effects focus on cognitive-psychological modelling as well as application-related questions of cognitive ergonomics, e.g., the optimisation of assistance systems, human-computer interaction, or virtual reality (VR) applications. 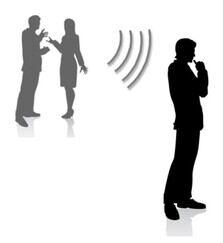 Regarding irrelevant background sounds, we are interested in identifying the decisive sound characteristics for disturbance effects on certain cognitive performances as well as in explaining and modelling the found effect patterns. Our findings are also used to develop and evaluate acoustic optimizations in working and other environments, e.g. for the Sound Design of partial maskers which are played in office environments to abate office noise. Here, we are particularly interested in the differential effects of the acoustic environment on objective performance parameters and subjective well-being.